The year 2019 might have been the worst with the number of data breaches rising by 33% compared to the previous year. To be precise, 5,183 data breaches were disclosed publicly by the end of quarter three of 2019 with up to 7.9 billion records being exposed. Drawing from the previous years’ trends, it almost seems as if things will not get any better with hackers upping their game. It is no longer about ‘what do ethical hackers do’ rather, ‘how can we bring them on board to safeguard the business’. This is because, without an effective information security strategy, billions of records will continue to face the risk of being exposed, medical services and public entities being at the top of the most affected entities list.

Why are attacks on the rise?

Sadly, cyberpunks are not entirely to blame for these statistics. More than half of the breaches were as a result of employee negligence, recklessness, misconfiguration of the system, and inadequate or poorly implemented security awareness training. For instance, during the first half of 2019, 20% of data breaches were caused by faxing or posting data to the wrong recipients. The good news is, enterprises are not taking chances with data security which has helped lower the severity score of breaches.

Still, the year 2019 saw serious data breaches like Capital One’s July breach which exposed at least 106 million records in both the US and Canada as well as the giant social media Facebook March and April hacks which exposed 540 million user records exposed in unsecured servers. This is why, as Jay Bavisi the CEO of EC-Council rightly puts it, “A lot of government agencies, professionals and corporations now understand that if you want to protect a system, you cannot do it by just locking your doors”. A lot more goes into securing systems and employing ethical hackers is one way of tackling the growing number of IT security threats.

What is Ethical Hacking?

Today, enterprises are finding web-powered systems, databases, and operations cost-effective, efficient, flexible, and more convenient to run compared to systems hosted on on-premise servers. However, web hosting has opened them to a whole new IT security challenge. Black hat (also known as malicious) attacks are commonplace and are causing such disastrous damages to victims as to affect their businesses, clients, systems, records, and society as a whole.

For this reason, entities have been forced to reinvent their IT security strategies to adopt ethical hacking, also referred to as penetration testing or white-hat attack, as part of their digital security measures. With this comes a huge demand for ethical hackers.

Ethical hackers are qualified professionals with legal authority to hack into a system to assess the security status of a system and identify vulnerabilities that hackers can use to gain unauthorized access into the system. Fixing these vulnerabilities before falling victims to hackers can save a business from massive losses associated with cybercrime.

Ethical hackers attempt to use the same tactics used by malicious hackers to test the security of systems and infrastructure. They will then provide a report of vulnerabilities and offer recommendations on how to fix these weaknesses to defend an organization’s system. Depending on a business’s needs, ethical hackers can be hired on a permanent or contract basis.

While ethical hackers are employed to use the same techniques as their illegal counterparts, they are paid to outwit them to defend the systems, operations, applications, infrastructure, and databases from being hacked.

Fundamentally, ethical hacking is gaining legal access to an organization’s IT systems to discover weaknesses in the system that could give way to attacks.

For hacking to be ethical, it needs to pass the following test.

Ethical hackers that come from the following or related educational backgrounds will have an added advantage handling roles in the penetration testing field.

Skills and certifications for ethical hacking

Besides having a bachelor’s or master’s degree in the courses above, ethical hacking requires specific technical and soft skills. Soft skills because these professionals will likely be part of an agency or be employed directly by an organization to be part of a team.

Still, this field is broad and with years of experience, an ethical hacker soon specializes in a specific subject matter.

To be equipped with the above technical skills professionals need training and certifications. Certifications are the first step to proving that one is competent in his area of expertise and is ready to take on assignments. Some certifications offered for ethical hacking by the EC Council

It takes time to learn and master ethical hacking. It is important to lay a solid foundation for knowledge, information, and experience. There is no end to learning and discovering because, with the advancement in technology, hackers also keep changing their strategies and techniques. However, taking a course in information security or ethical hacking will equip you with what it takes to be an expert in this field. The rest is left to practice and experience.

Will Insurance Cover My Lost Wages? 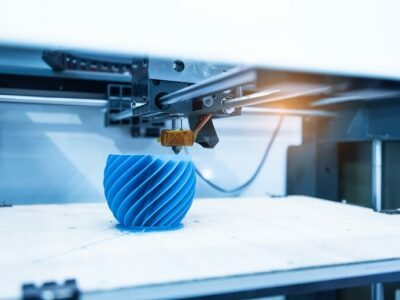